Andrew is a Chartered Building Surveyor with over 30 years of experience in the real estate market. Before starting Frontier he worked for Morgan Grenfell Laurie and presents extensive investment and construction expertise.

Adam is a Chartered Surveyor with over 25 years of property experience. He is the co-founder of Frontier and previously a director of national property consultancy Lambert Smith Hampton in the UK.

Noel Carter is a Chartered Surveyor and Director of Frontier’s European operations, having launched Frontier into Central and Eastern European markets in 2016. Under his leadership, the company’s European activity is now focused on the Industrial (including SBU), Student and PRS sectors in Poland. He has a track record in office and residential development, having worked on a range of major projects in London. 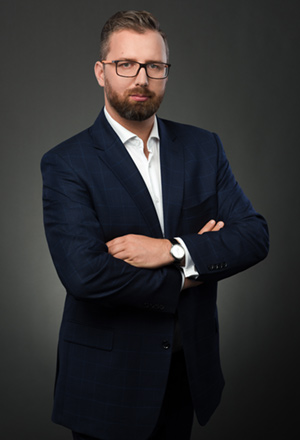 Mariusz is a non-executive director at Frontier Estates Polska and Frontier’s main legal counsel. He is a licensed attorney and a member of Warsaw Bar Association. Mariusz established his own practice in 2012 (Kancelaria Zając i Wspólnicy), focused on real estate sector. He started to work for Frontier Estates, as a legal consultant, in 2018. Since 2020 he has been also responsible for internal compliance and business administration. 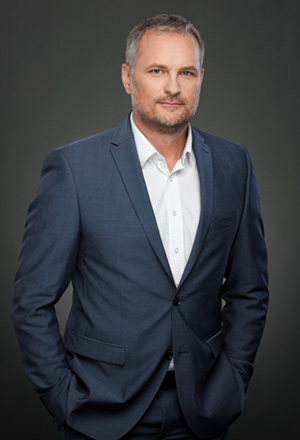 Krzysztof Trembowski holds the position of Technical Director. He is responsible for technical and commercial aspects of the company activities focusing on supervision of construction performance. He also supports the development of the company business into the new fields. Krzysztof Trembowski joined Frontier from cmT. Sp. z o.o. where he worked in the position of the Project Manager and was involved in the project and construction management as well as technical due diligence processes.

Małgorzata Gaul holds the position of a Land Acquisition Director. She is responsible for the day to day management of Frontier business in Poland in the scope of land acquisition and project development. Małgorzata is a professional manager with over 20 years of experience on commercial real estate including 14 years focus on industrial and warehousing sector, successfully delivered various development projects in Central and Western Poland. She has acquired over 250 ha of prime development land all over Poland and successfully commercialized over 150 000 sqm of industrial projects.

Nassaulaan 2A
2514 JS THE HAGUE
THE NETHERLANDS